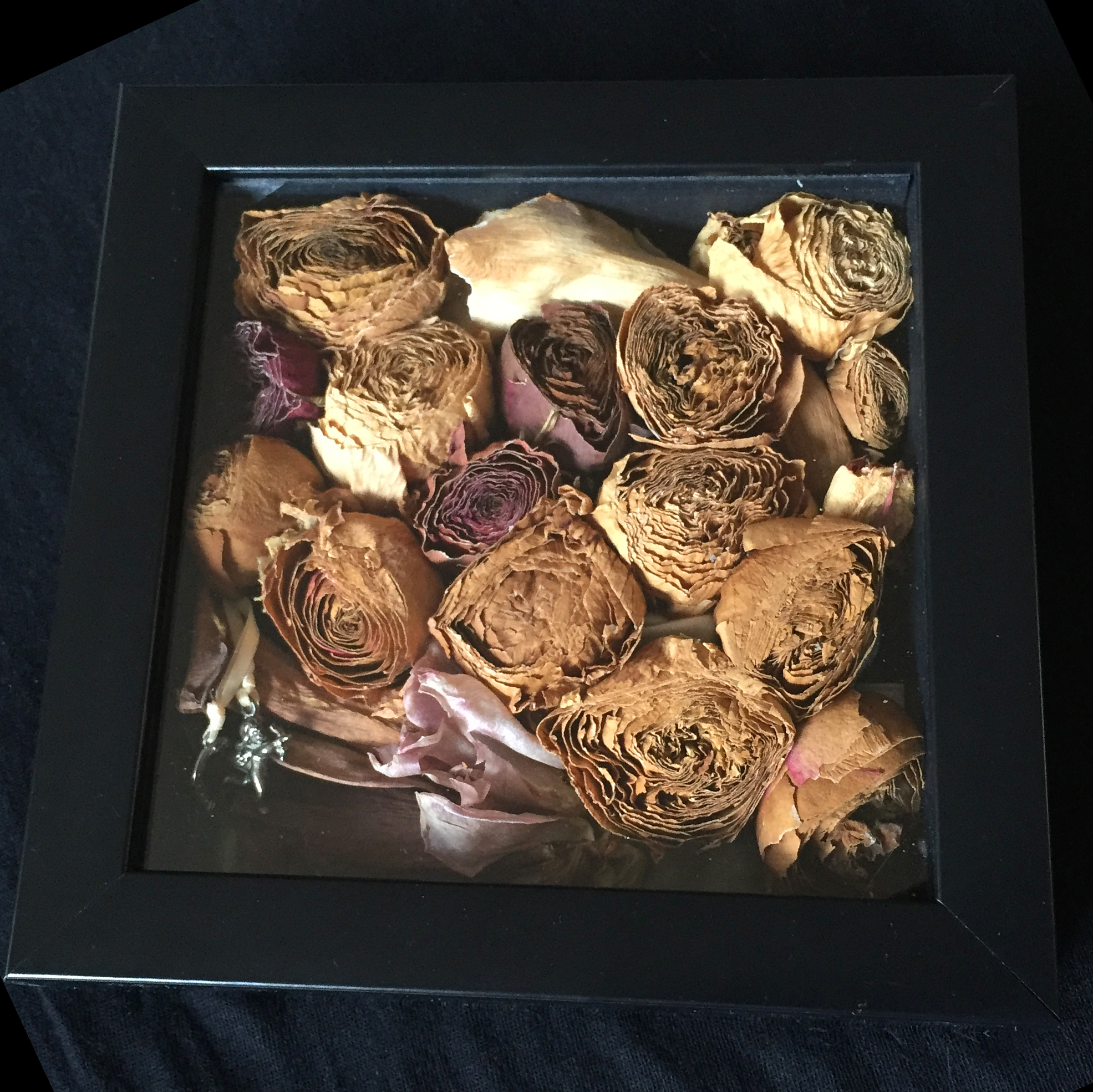 I’ve been honored to serve as a bridesmaid 10 times and have kept many bouquets over the years. Moving soon and worried about crushing dried flowers, I decided to better preserve the memories by creating this keepsake. 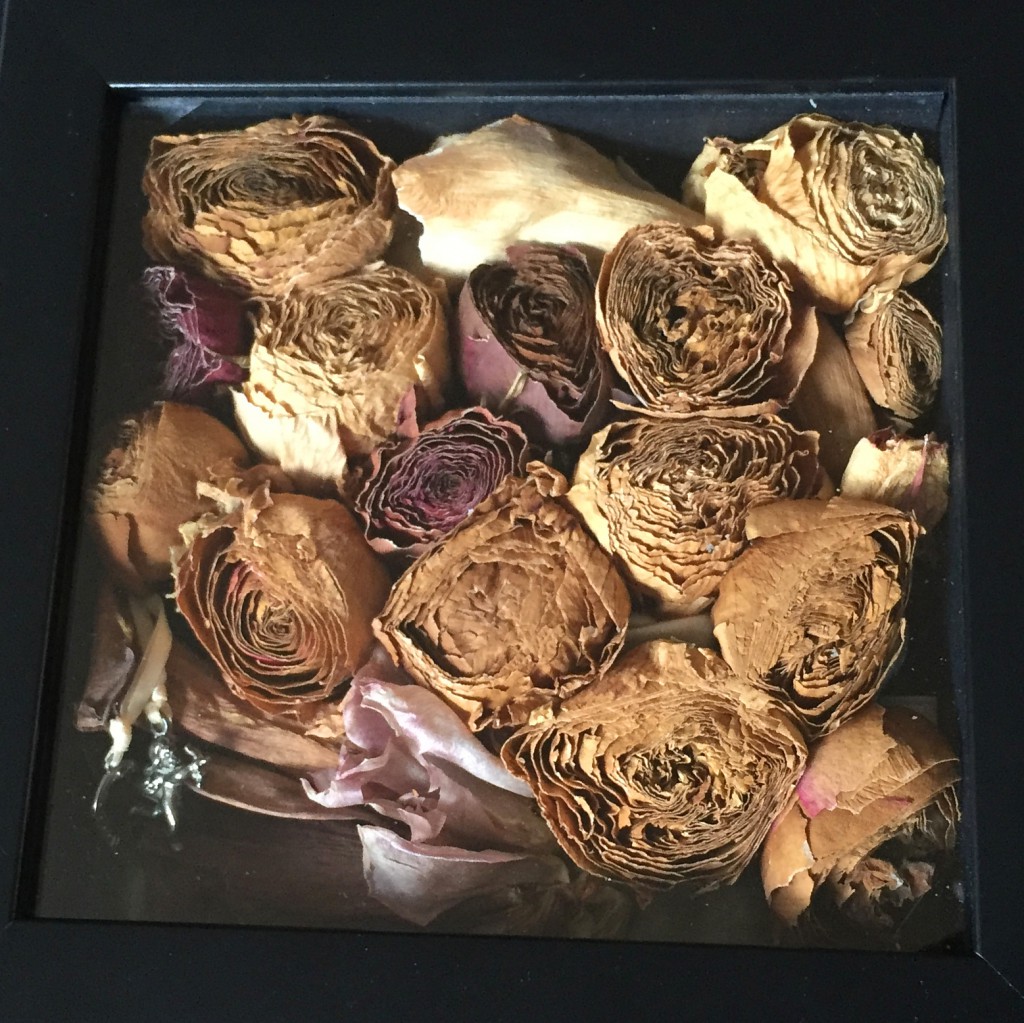 I carefully removed flowers from each of the bouquets. As I did not want to ruin them, it was a little nerve-wracking! I was braver by the time I started to use scissors to cut the tops of some flowers to fit. This took some trial and error. Roses or similar flowers worked the best overall. Others were harder to place and glue.

I used Goop craft glue because I don’t use hot glue guns (I have a bad scar from a childhood hot glue experience), but I’m sure one would work great. The Goop did the job, though. I used it on the backing and directly on the flowers, holding them in place a few seconds to begin setting.

I glued some ribbon from a few of the bouquets on the backing, which is hard to see. I also included 2 cake pull charms—a horseshoe for luck and a cupid for love which did eventually find me—from cousins’ weddings. (See my post on Cupcakes by Amélie about my wedding cake to learn about that tradition.)

I very carefully put my creation into the frame after it dried…then took it out a few times to fiddle with it. It risks damage every time I open it up, though, so I’m done!

I may do the same with my own wedding bouquet. It is still just dried, in a vase. I’d like to do something better with it, hopefully before we move.