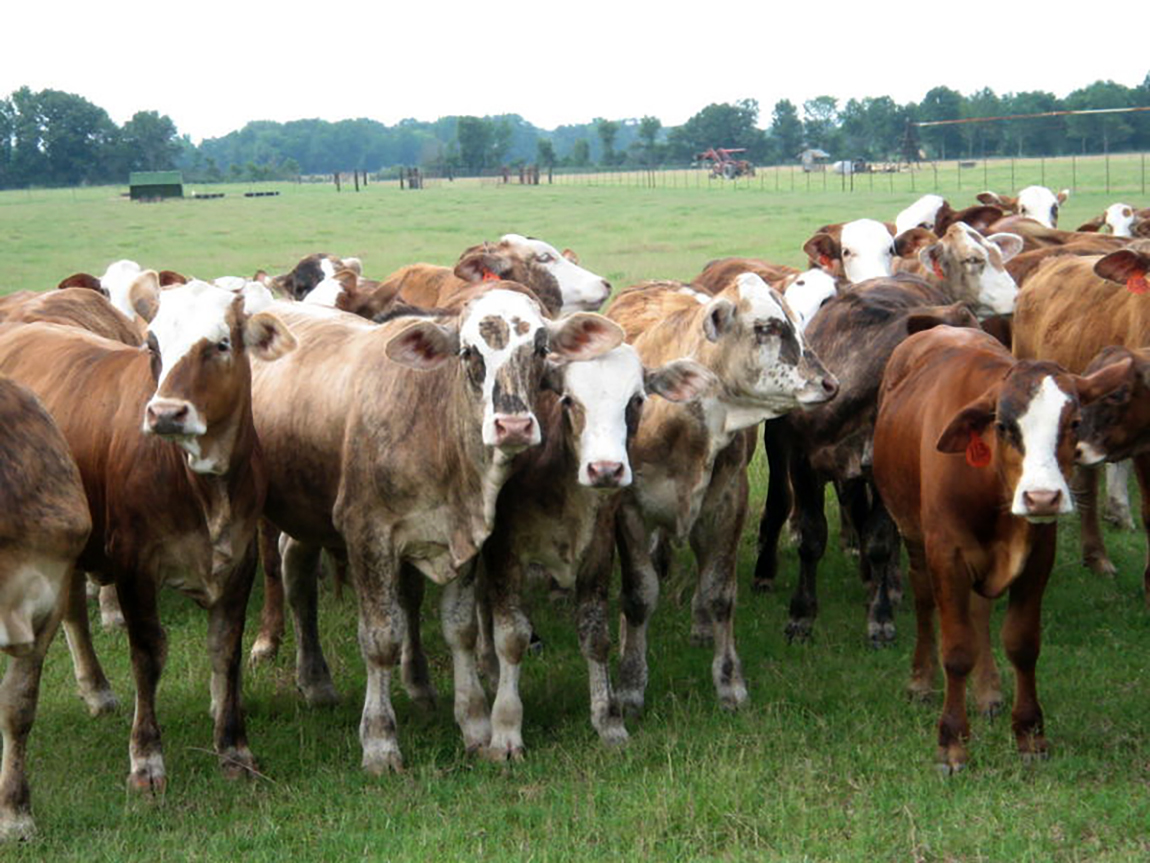 I stepped off the plane to the scent of Louisiana summer. Now, I don’t know how this differs from the way summer smells in, say, Texas or Mississippi, but I find it a unique scent that takes me back to many happy childhood days. I took a nice, deep breath as I climbed out of the Saab 340 Turboprop that brought me there.

My mom married a cattle rancher, and they built their dream house in northeastern Louisiana amid pastures of happily grazing cattle and a horse. Cody will get a friend soon, and they’ll have their own pasture. For now, he sort of thinks he is a cow. 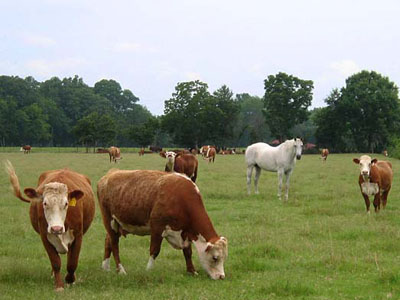 He licked my arm when I went out to visit him. I had just fed him an apple, but my mom said he loves me. Last time we met he almost bucked me off, so I’m not sure where our relationship stands. He’s not been ridden in some time, so I opted to not give him a try this trip. I rubbed his soft nose, and he lipped my fingers, seeking more sweet apple bits. Then he licked me, a big slurp from wrist to elbow.

The other day I helped herd a bull. Ok, I really just drove behind in the truck, but at least I helped keep him from going back the way he came! My stepfather, dressed for the office (he has a 9-5 job in addition to the cattle business), followed the bull with a big stick while someone else lured him forward with a feed bag. He’d gotten out, somehow, and we had to get him back in before we went off to lunch. My stepdad does not normally herd cattle in a tie, but I guess there is no avoiding it sometimes! 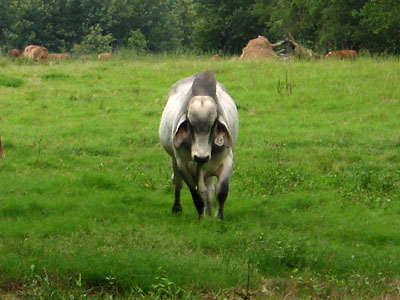 The “teenagers” below have been weaned for a few months. The tiger-striped calf in the back is an example of what you get from the bull (Brahman) and cows (Hereford) pictured above and is apparently much sought after. 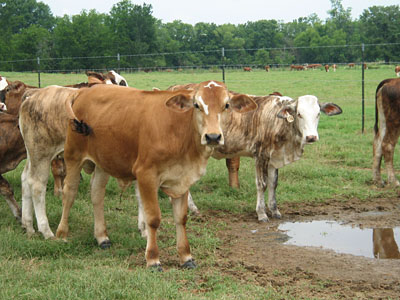 Besides the animals who are supposed to live here, there is a three-foot alligator in the pond in the front yard. I saw him the first day, but he was pretty far away. We have been unable to spot him since, but I bet he’s still there somewhere. They don’t particularly want him there, he just showed up one day.

We get around the ranch in an ATV called a Rhino. My mother drives like a wild woman. But then, she’s always been partial to sports cars and exceeding the speed limit. I’m a bit horrified she is trading in her black Porsche for a white SUV of some sort. I guess it better fits her new cowgirl lifestyle. 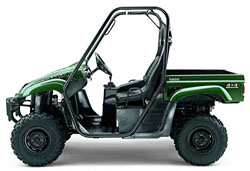 You can swim in the pool out back while gazing out on either the pond or a pasture full of haystacks. There is a passing thought of whether the alligator might like it in there–so far there have been a few confused turtles, frogs, and a crawfish or two. Look before you leap. 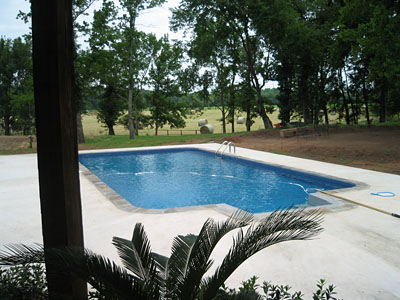 The sounds, especially at night, are amazing. Birds, insects, frogs, cows, and the unidentified make an interesting mix. While here there have also been some spectacular rainstorms with satisfyingly scary thunderclaps. Disappointing for swimmers, but beautiful in smell and sound and the feeling of it misting over you on the covered porch.

It’s been a great break from city life, that is certain.